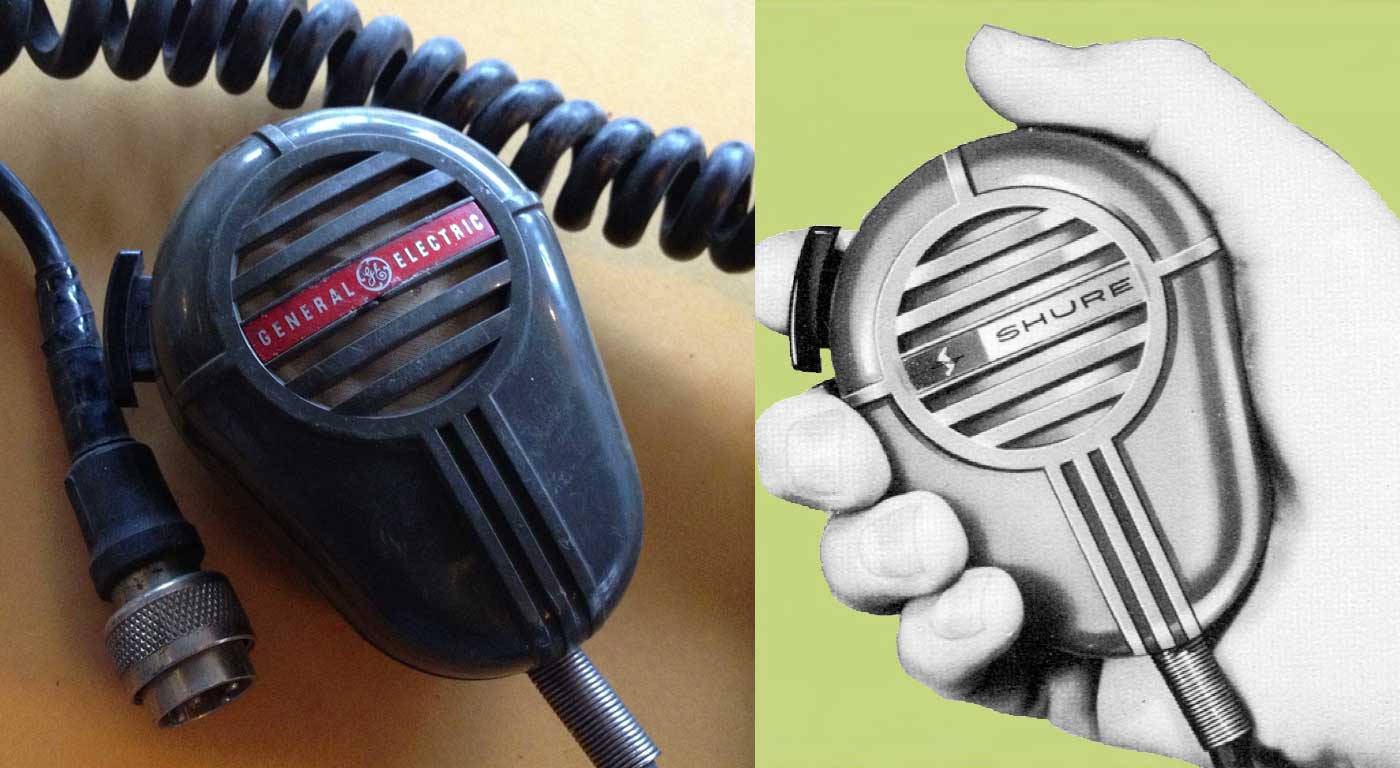 From the 1968 Shure Brothers Microphone Catalog:

CONTROLLED MAGNETIC “404” SERIES
… THE STANDARD OF THE INDUSTRY

Without a doubt, the strongest and most practical close-talking micro­ phone for ANY mobile application. It is the most widely used mobile microphone among police, taxicab and fleet truck operators. Exclu­ sive ARMO-DUR Tlii case is comfortable to hold in hot or cold weather … is immune to oil, grease, fumes, sun, salt, spray, rust and corrosion … outstanding in its ability to withstand mechanical shocks and vibration. The rugged war-time proved, Shure-patented Controlled Magnetic cartridge has specially tailored response for high speech intelligibility. Lightweight … easy to use … fits snugly in the palm of the hand. “Million-cycle” leaf-type switch controls the microphone circuit and an external relay or switching circuit. Fully shielded against electric and magnetic fields. Only 3″ high, 2″ wide, 1″ deep. Includes built-in “lifetime” hang-up button and mounting bracket. Semi-directional.

Model 405T (only) has a built-in transistorized amplifier for improve­ ment-replacement of most carbon microphones. Does not require bat­ teries or extra power supplies. Provides greater clarity, and freedom from aging (common to carbon microphones)

HERE’S PROOF OF ITS RUGGEDNESS
… dragged behind swiftly moving autos:

It is estimated that the Model 404 Microphone withstood over 35,000 separate shock­ impacts during a 3.3 mile test drive at a speed ranging from 20 to 30 miles per hour. This is far greater punishment than would ever be required of a microphone in a life­ time of abnormally severe handling.